1969 marked more than simply the end of a decade. Apollo 11 landed on the moon. 3 days of peace and music took place in a small town in New York called Woodstock. The Concorde took flight. A little thing called a microprocessor was invented. The Beatles, Rolling Stones, Marvin Gaye, and Peter, Paul and Mary topped the U.S. Billboard Top 100. Porsche aficionados might also remember 1969 for something else – the first Porsche 917, Chassis 001, being completed. The car was unveiled on March 12 at the Geneva Motor Show press day.  Looking similar to a longtail, 3-liter 908, but more powerful and menacing, the real news was under the tail. None of the journalists in attendance could have guessed they would find an air-cooled, flat 12, 4.5 liter engine beneath. 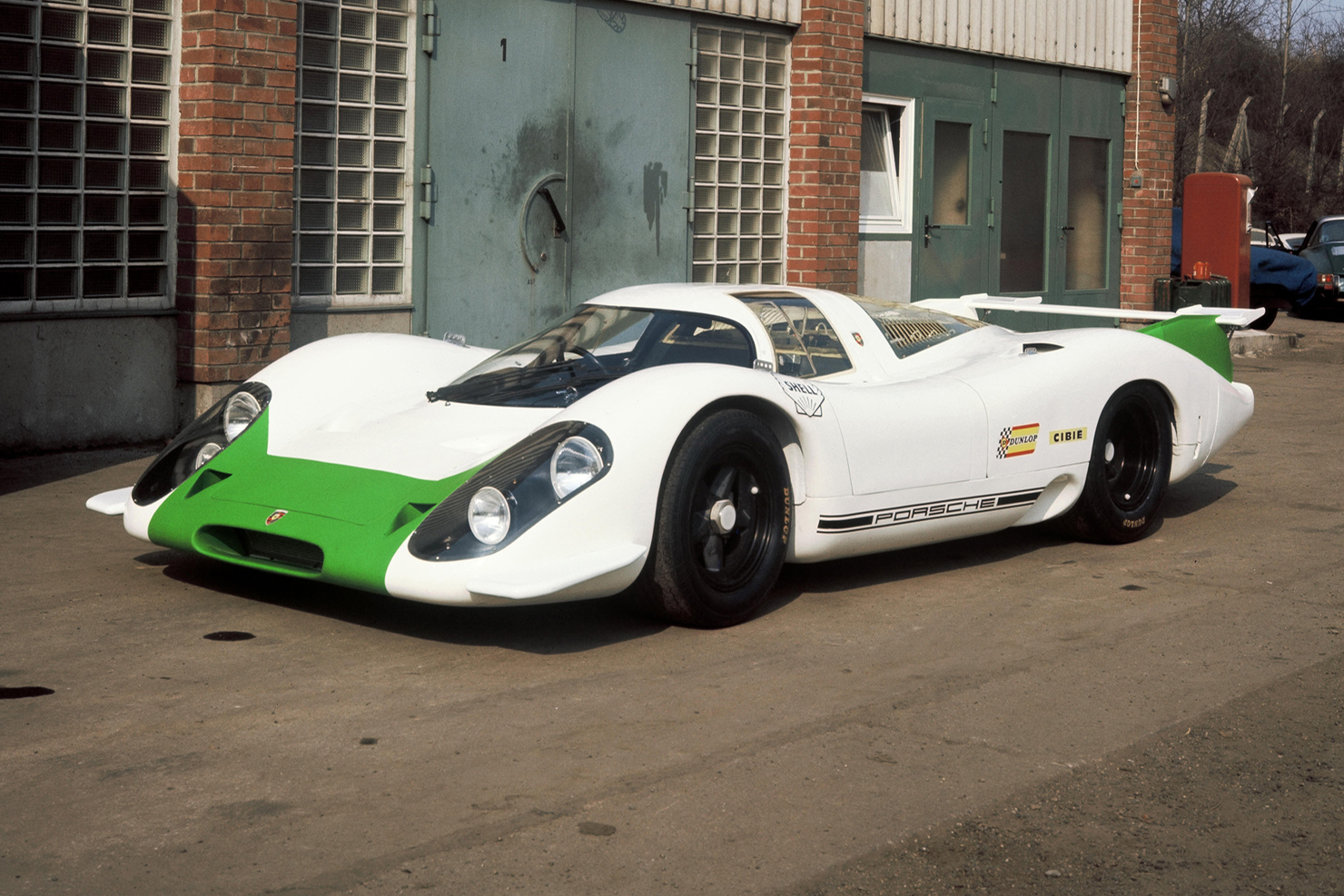 Chassis 001 made its next appearance on April 21 in front of the Porsche race shop in Zuffenhausen. As a Group 4 ‘Sports’ race, rules required 25 cars to be built in order to race in the World Sports Car Championship. Porsche lined them up for all to see. The 580 horsepower 917s looked fast even when parked. 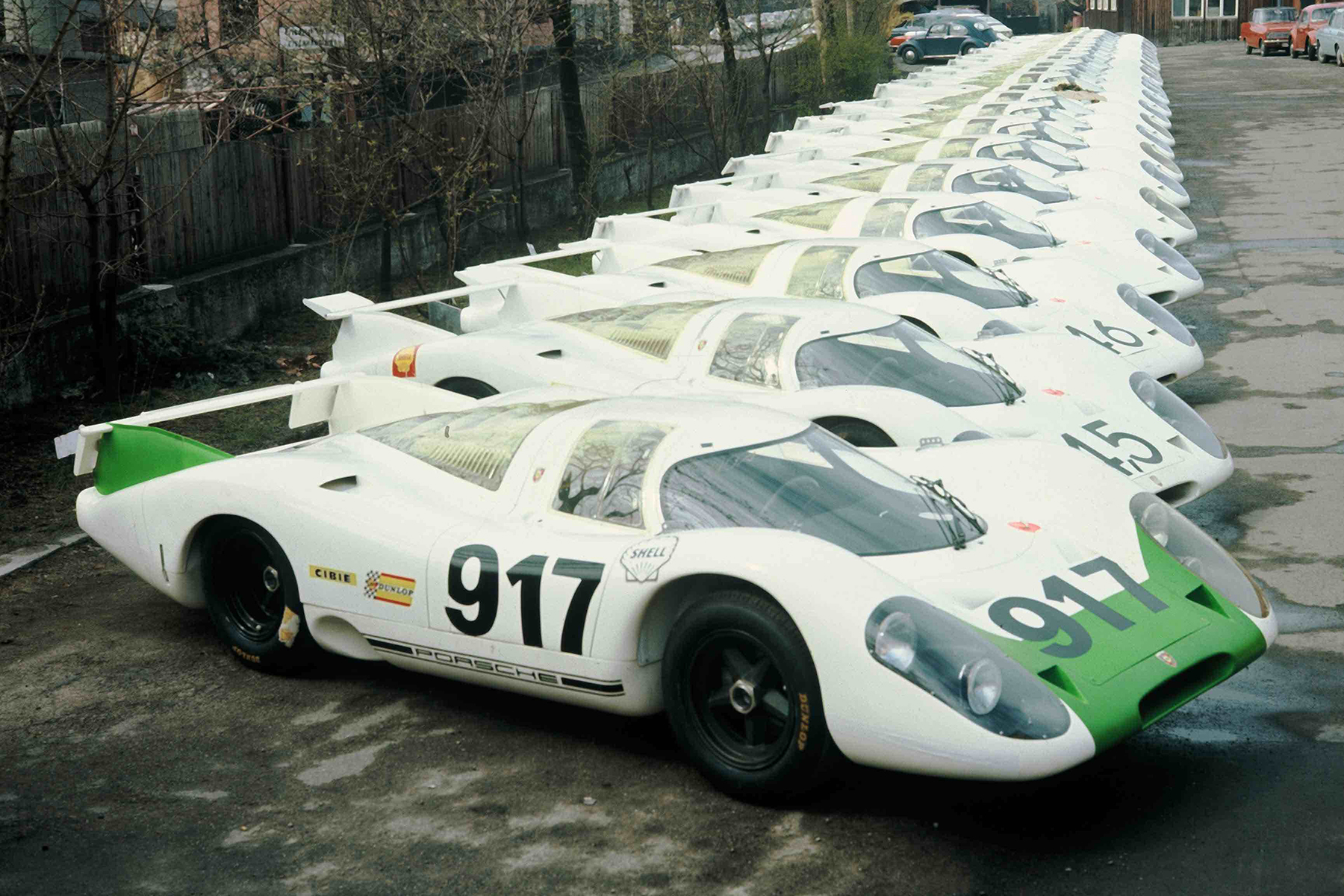 In early September, chassis 001 was shown at the IAA Frankfurt Motor Show (International Automobil Ausstellung).  The car was white with orange stripes, orange wheels and wore race number 3.  The car was then painted in Gulf colors for the announcement of the partnership between Porsche and JW Automotive on which took place on September 30, 1969, at the Carlton Tower Hotel in London. 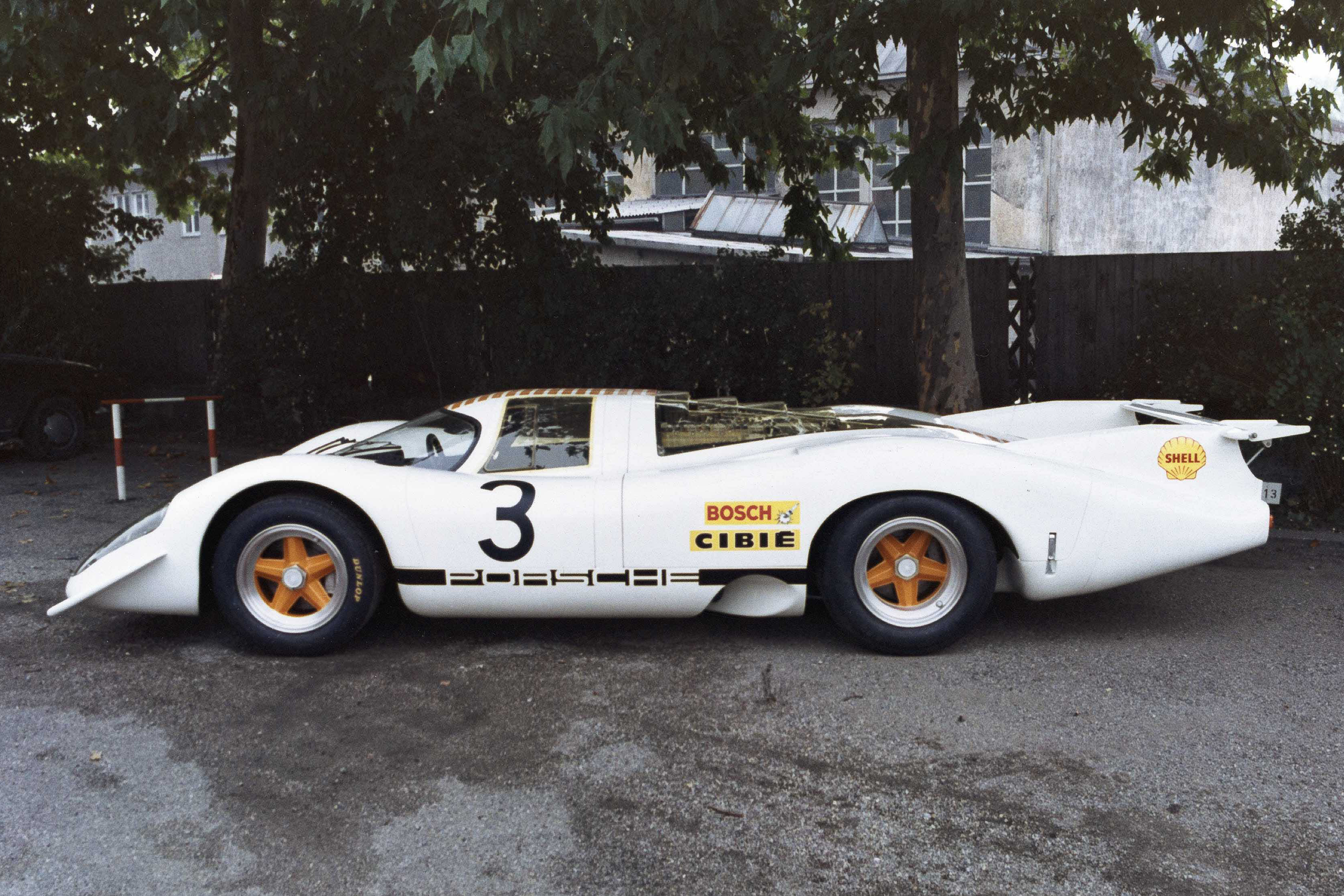 The next appearance was at Le Mans in 1970, but not for racing.  Chassis 001 was part of a display of historic Porsche racing cars at Courtanvaux Castle.  A 917 engine was also part of the display and at this stage the car still wore its 1969 Le Mans-style, longtail bodywork and Gulf colors. 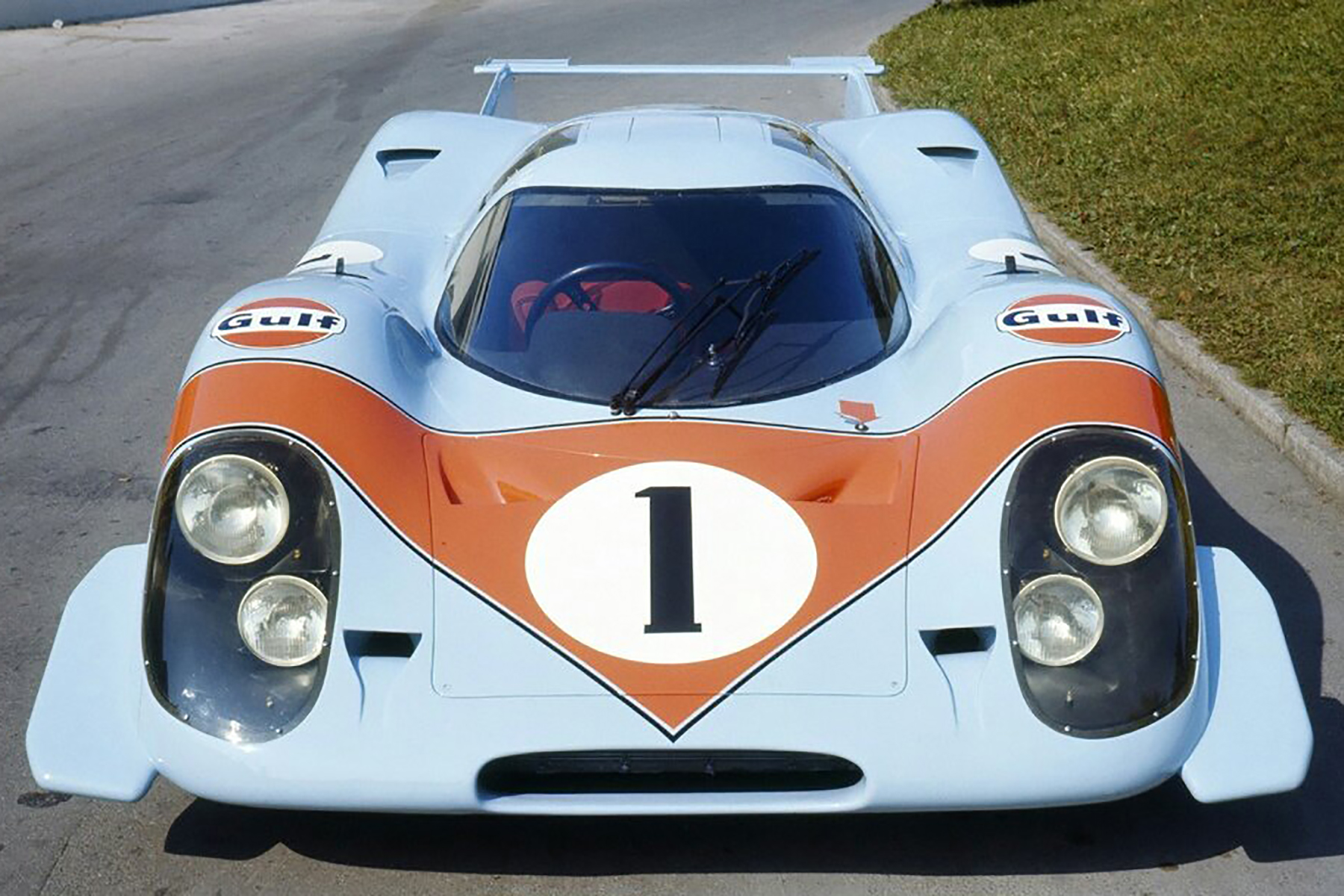 The 917 in its famous Gulf Oil colors.

The 917 gave Porsche its first ever victory at Le Mans in 1970. The highest official speed ever clocked for a 917 at Le Mans was 224.4 mph.  The 917 is one of the most iconic sports racing cars of all time, largely for its high speeds and high power outputs, and had Porsche racing breathing rare air for the decades that followed. 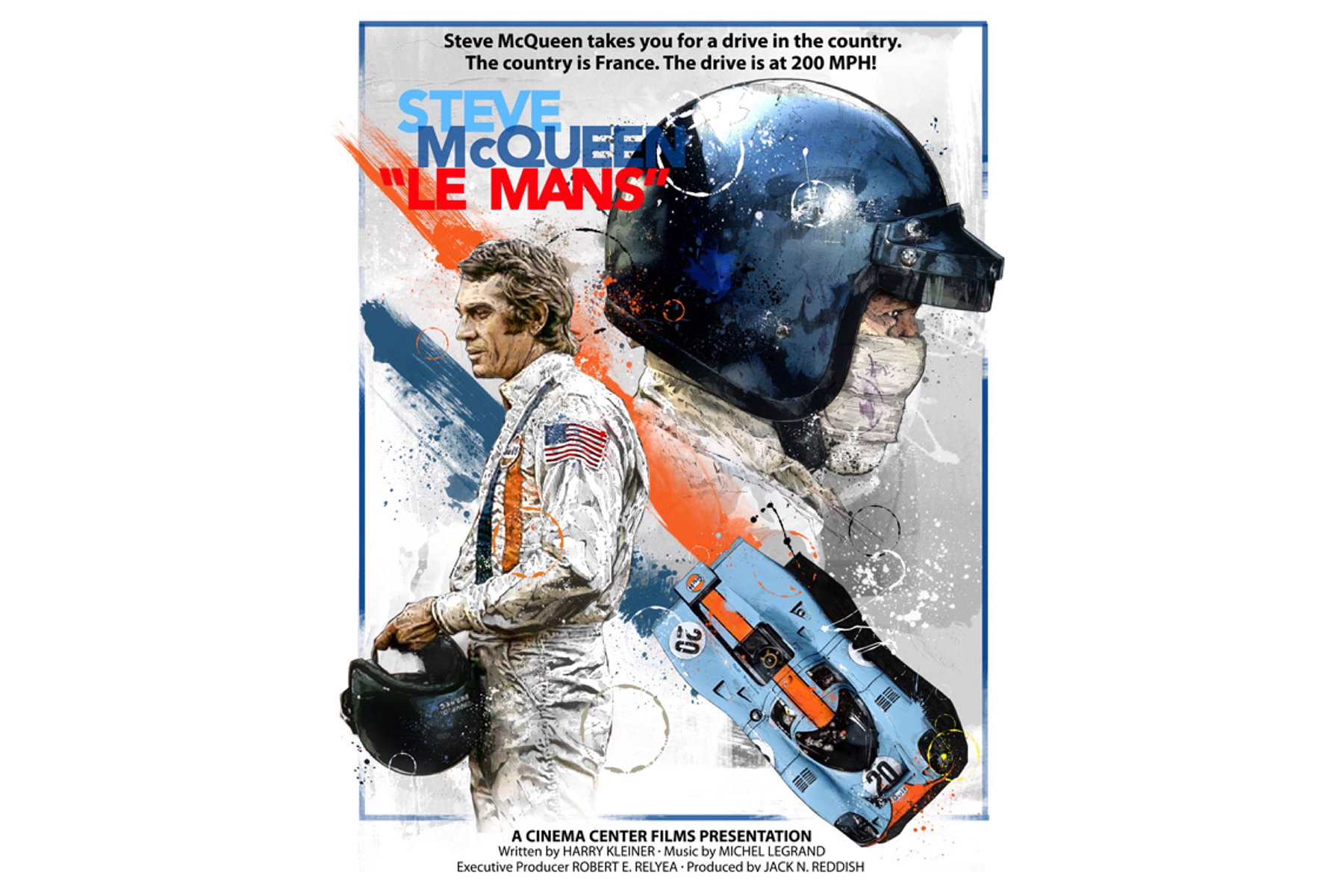