By Matthew Megar August 3, 2021 History 2 Comments
1 Share Tweet Share 0 Pin
Everyone recognizes this car – the Mercedes-Benz S-Class, known in many circles as “The Tank”, produced from 1981 to 1991. Featured in countless films and television shows, it was a symbol of luxury and status in the 1980’s. It did not have many variations (aside from engine size and wheelbase) as today’s S-Class models do. Nowadays, you have endless options for wheels, body trim and even interior lighting colors. None of that appeals to me. I like the phrase “keep it simple, stupid.” This machine was, and still is, a masterpiece in my opinion. It did not need such frivolous choices. However, these are the times we are living in. Every luxury car must now be an innovative “Smart Phone” on wheels. Don’t get me wrong, I enjoy technological advancements, remote key access, Bluetooth, parking sensors, rear view cameras, etc., but I can also manage without them. 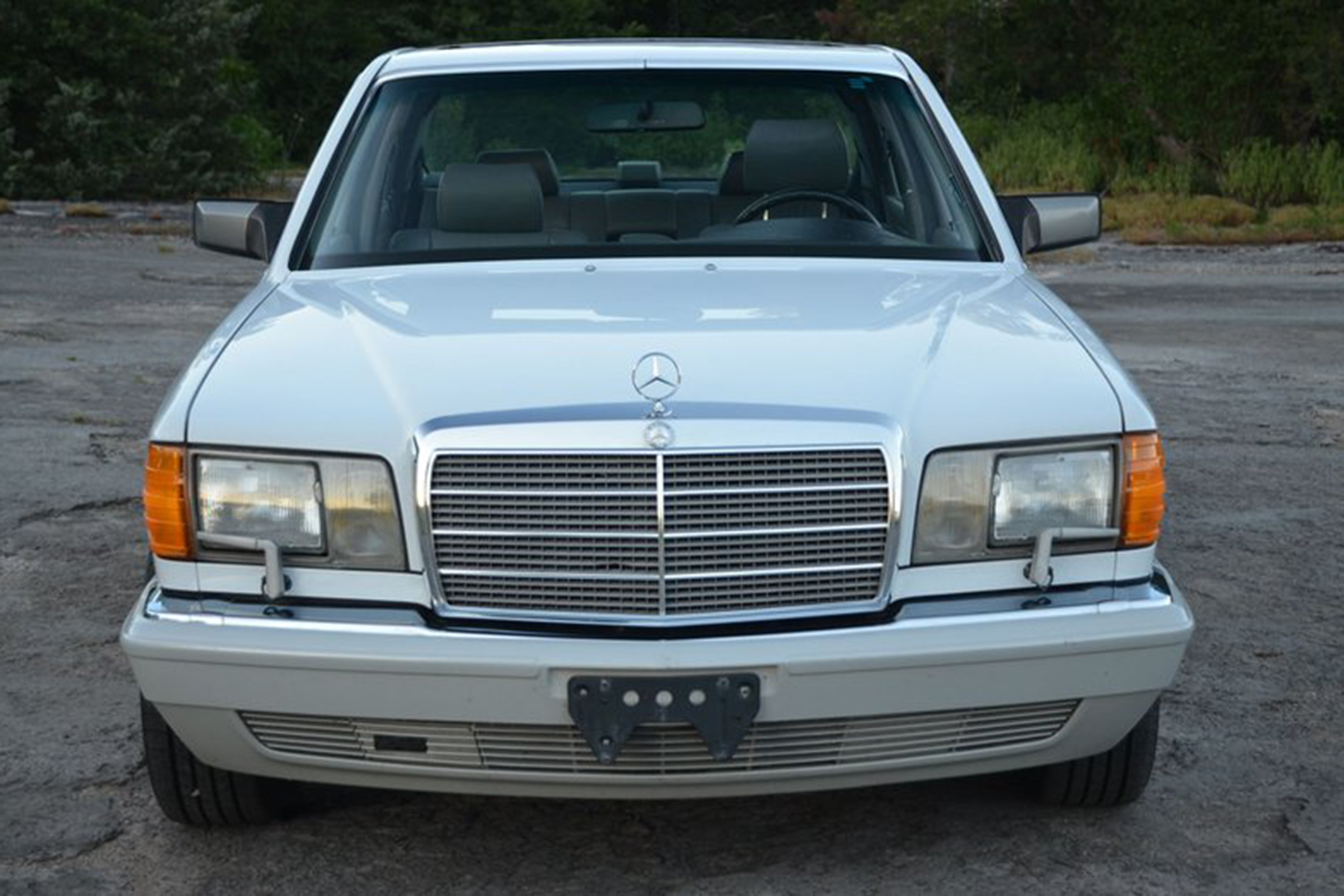 The unmistakeable face of the S-Class, three-pointed star hood ornament front and center.

As a young boy growing up in Dallas, Texas, these cars were a “dime a dozen,” as my mother used to say. Perhaps they were, but these were the days before Lexus, Infiniti, et al. As common as they may have been in more metropolitan communities, the S-Class was special to me. I admired every line, curve and silhouette. I loved every part of this car. – the ribbon-like door pulls, the unique windscreen wiper patten (if you know, you know,) and most importantly, the “zig-zag” gear shift design that would be copied by most major auto manufacturers about a decade later. Each detail made me swoon. Maybe one is into Architecture or Astronomy… Frank Lloyd Wright, Copernicus would do it for you. For me, however, it was cars. I wouldn’t learn until years later that the architect of this Mercedes-Benz marvel was the famed German automobile designer Bruno Sacco. (More about him in the future.)

Classic and stylish lines of the S-Class.

Years later, in my teens I was finally able to drive one, It was “like butter.” I experienced the same thrill that most kids my age would’ve gotten from a roller coaster ride. This vehicle was a tank, but a beautiful and luxurious tank. It was everything I hoped it would be. I wanted nothing more from a car than what it had to offer. I loved the feel of tugging open the heavy door, the odd, but luxurious “bounce” of sitting in the driver’s seat. The “whine”, rather than chime, that sounded when you slid the key into the ignition. I loved it all. Grasping the door handle, starting that glorious motor and finally guiding the leather-wrapped gearshift handle along its arc into the perfectly calibrated station of “Drive” made me week in the knees. As a youngster, I wondered if I would ever possess such a magnificent example of automotive engineering and design. Indeed, I would. 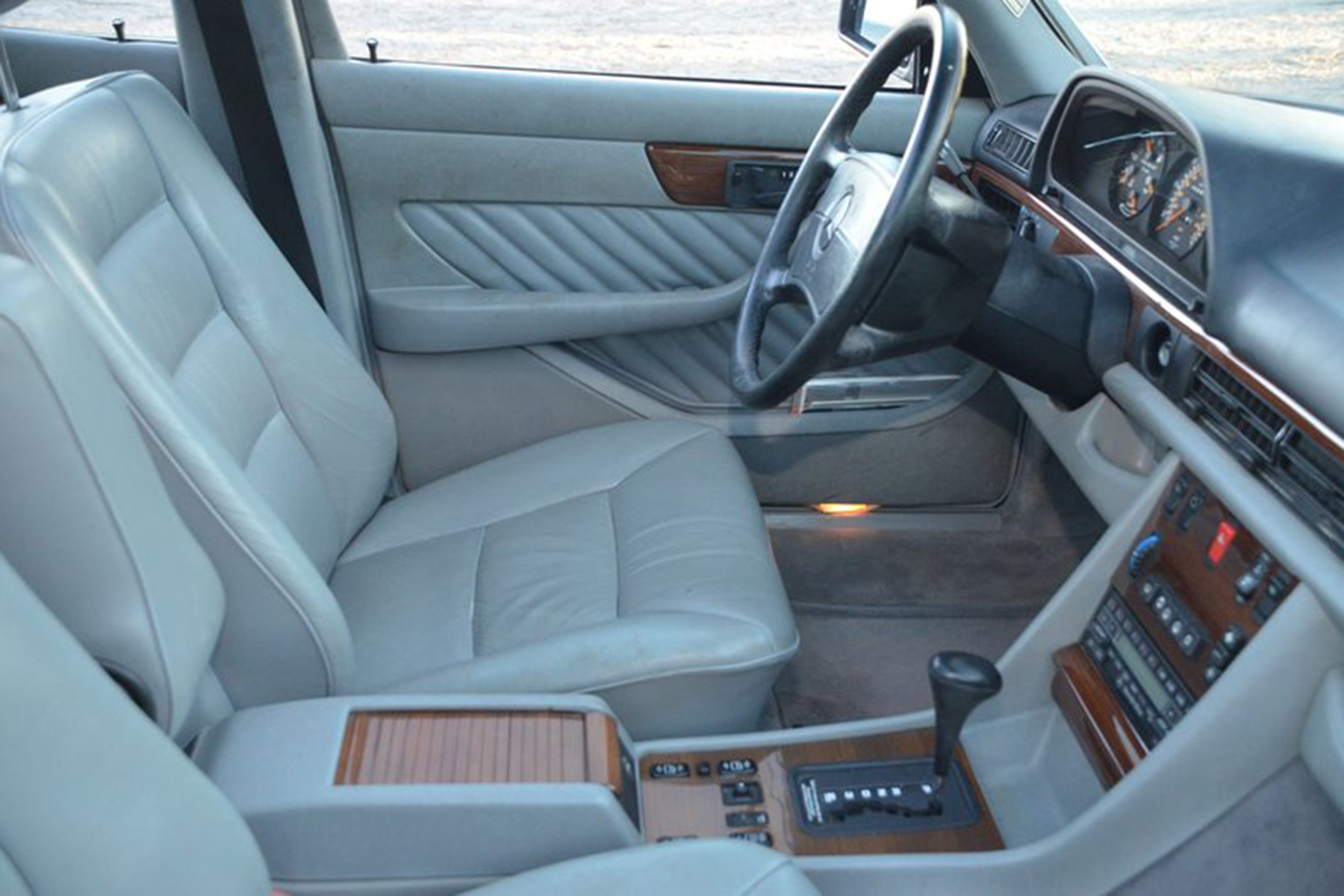 Form and function were the rule of the interior. 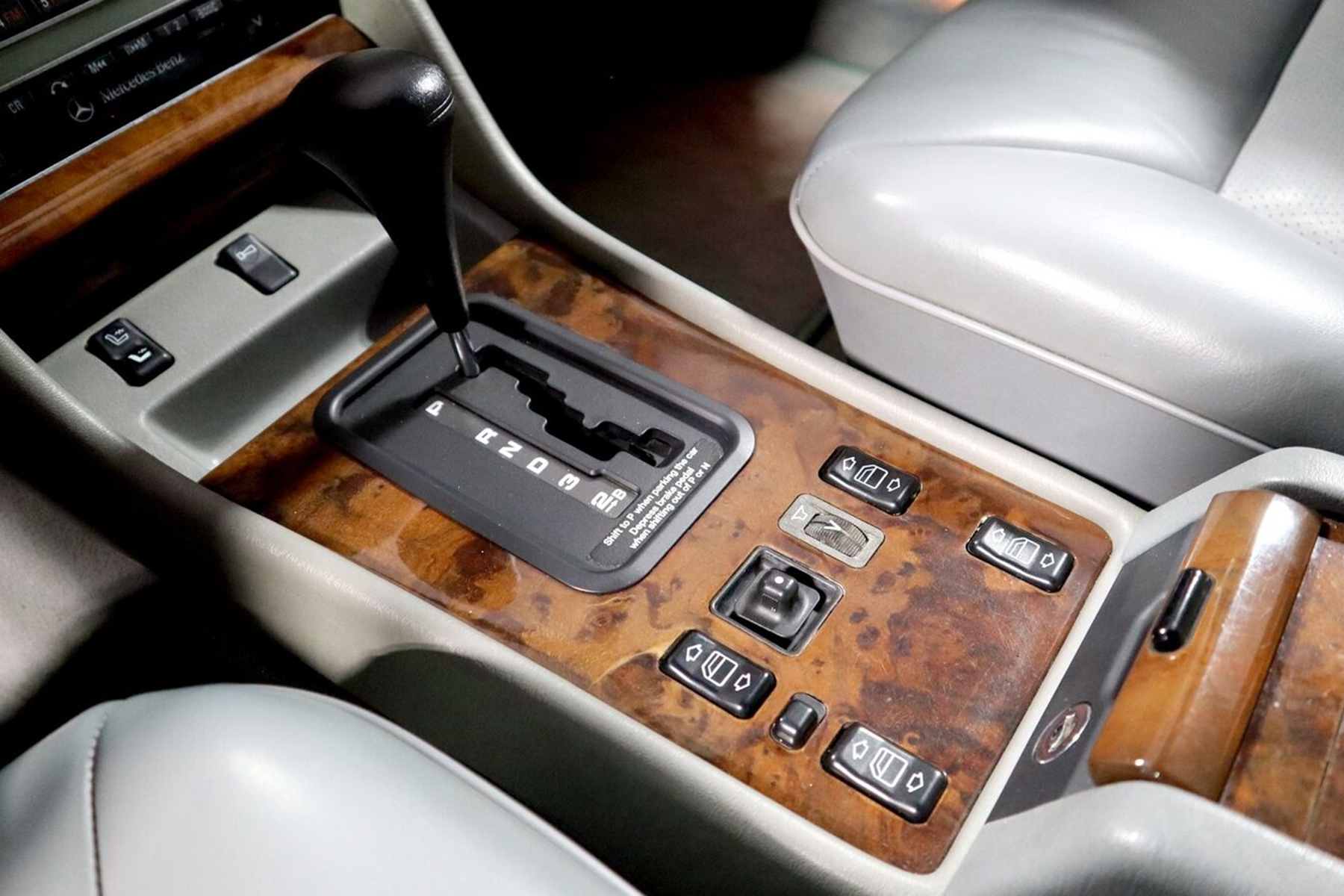 The “zig-zag” gear shift, later emulated by other automakers.